Who Can Be Held Liable for a Truck Accident?

In most car accidents, one or more of the drivers is at fault for causing the collision and is therefore legally liable for any injuries and property damage that result from it. However, the complexities of the trucking industry mean that it is likely that additional parties might be liable for an accident involving an 18-wheeler. Responsible parties may include:

Determining which of these parties can and should be held liable for an accident can be difficult, but doing so is a necessary part of getting an injury victim the full and fair compensation they deserve. At the Law Offices of Troy A. Brookover, we’re prepared to do whatever it takes to investigate the accident that caused your injuries, determine who’s liable for your losses, and then hold them accountable for their actions.

For more than 30 years, Troy has helped injured Texans get the compensation they deserve from the people who hurt them. No matter how complex your truck accident case may seem, know that we have the experience, resources, and skills you can trust. Troy is Board-Certified in Personal Injury Trial Law by the Texas Board of Legal Specialization, an honor bestowed on just over 1 percent of personal injury attorneys in the state.

If you have been hurt in a truck accident, you could be owed considerable compensation. Let the Law Offices of Troy A. Brookover help you obtain it. Contact us today for a free consultation with an experienced truck accident lawyer in San Antonio.

Who Can Be Held Liable for a Truck Crash in San Antonio?

What If Multiple Parties Caused the Truck Accident?

It is often the case that multiple parties share blame for the harm caused by a truck accident. A truck crash might stem from improperly loaded cargo that caused the driver to lose control of their vehicle. In that situation, the cargo or freight company is likely at fault. At the same time, the driver may also be partly responsible for failing to inspect the load to ensure safety.

If a truck accident was caused by multiple parties, each will be assigned a percentage of fault for the crash. For instance, if three parties bear responsibility for a truck accident, a jury may find that one party was 50 percent at fault for the accident, while a second party was 30 percent at fault, and the third party was 20 percent at fault. In Texas, each liable defendant will only be obligated to compensate an injured plaintiff in proportion to the defendant’s share of fault. Suppose you incurred $200,000 in losses and expenses because of the hypothetical truck accident just described. In that case, the first party would be responsible for paying $100,000 in compensation, while the second party would be responsible for $60,000, and the third party would be responsible for $40,000.

The most notable exception to this general rule occurs when a liable party is more than 50 percent responsible for an individual’s injuries. In that situation, they can be held jointly and severally liable with all other at-fault parties. This means that an injured truck accident victim can pursue their full losses from that defendant, who would then have to recoup the difference from the other at-fault parties themselves.

What If You Were Partially at Fault?

Being partially to blame for a truck accident in which you were injured can impact the amount of compensation you can recover as well as your right to pursue a claim altogether. In Texas, truck accident claims are subject to the state’s modified comparative negligence rule. This rule states that an injured plaintiff is not precluded from pursuing a legal claim for compensation simply because they were partially at fault for causing their injuries.

However, an injured party who bears partial responsibility for their injuries cannot pursue a claim if their share of fault exceeds the share of fault of the defendant or defendants they are pursuing a claim against. Therefore, you can still seek compensation as long as you were not more than 50 percent at fault for causing your crash.

Note that the law in Texas further states that any compensation you might be entitled to can be reduced in proportion to your share of fault for the truck crash. So, if you were 30 percent at fault for an accident that caused you $100,000 in losses, you would likely receive $70,000 in compensation from the other liable party or parties.

The comparative negligence rule is one of the many reasons that it’s vital to work with an experienced San Antonio truck accident lawyer, who will push back if trucking companies and insurers try to reduce their liability at your expense.

Types of Evidence Used to Prove Fault for a Truck Wreck

At the Law Offices of Troy A. Brookover, we thoroughly investigate accidents to determine what exactly caused a crash and who can be held at fault for our clients’ injuries and losses. We can work to minimize your own liability so that those who are most responsible for the crash are held accountable and brought to justice.

Investigating a truck crash often requires reviewing many types of evidence to prove fault, including: 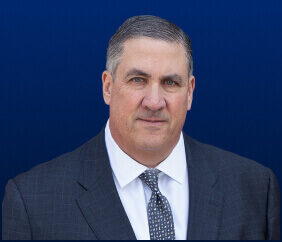 Troy A. Brookover
Troy exclusively handles personal injury cases, which gives him an unparalleled focus in this area of the law. He is board-certified in [...]
View Troy’s full bio
Testimonials

"If I ever need an attorney again I would contact him!" D.S.

"I don't think there's anything more I could have asked for." Tim Reynolds

“If you’re looking for a lawyer who is seriously going to fight for you, then you need Mr. Troy Brookover.” J.M. 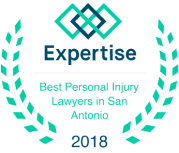 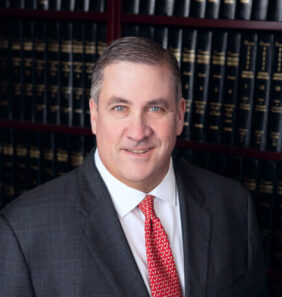 If you’ve been seriously injured in an accident involving a large commercial vehicle, you need a knowledgeable advocate on your side who can demand the full financial compensation you deserve from those at fault for the crash. Contact the Law Offices of Troy A. Brookover today for a free, no-obligation case evaluation with a San Antonio truck accident lawyer, and find out how our firm can help you pursue the money and justice you’re owed. We look forward to speaking with you.

GET YOUR FREE CASE REVIEW NOW